Another painting along similar lines, Composition with Red and Blue (1936) defies any attempts to describe or explain its structure. The vertical lines are spaced irregularly, but why? There is no clear indication for the reasoning behind this. This process of attempting to dissect and understand a painting and its structure is a typically western approach. Even now, when you are on a tour of a museum or art gallery, or in an art class the usual approach is to attempt to establish a link between the analysis of the painting and an interpretation.

Mondrian had been developing a desire to leave Europe behind and leave its painting and rules with it. He started to make plans to emigrate to America and in 1934 a young art student called Harry Holtzman sought him out. This young man seemed to embody the fresh start that Mondrian was yearning for. In the grand scheme of things, other circumstances would necessitate his moving to this new land of new opportunities.

The Nazi party had come to power in Germany, and they had decreed that art-deco was a sin. Mondrian became incredibly perturbed by their ideas and visions. This resulted in several articles in the journals of the time describing avant-garde as the only way to free oneself from the pressures of a regime. Before the onset of war, Mondrian moved to London England believing he would be safe from the war. However, a bomb hit the house he was living in during 1940 forcing him to rethink and move to America. He took relatively little with him to America, only his paintings and notebooks. He settled in New York, and that would be where he would spend the remaining years of his life. 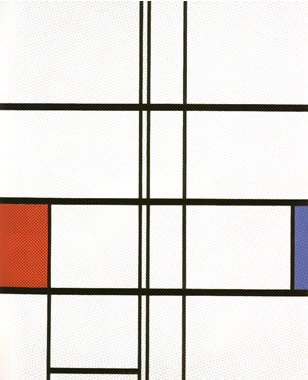