“Through the proportions of dimension… constant expression [of the right angle] can be given movement that is, made living.”

A New Style – Echo of Lines

The year is now 1932 and Mondrian has reached the age of 60. In the press, tributes appear to him recognising his achievement as an outstanding artist and to complement this, a major exhibition is mounted of his work at Amsterdam’s Stedelijk Museum. It was believed that he had reached his definitive art form and the public had begun to accept his virtually unchanging style of composition using red, yellow and blue.

In 1932 he was commissioned to paint a picture of his artistic standpoint for The Hague. The painting was Composition with Yellow Lines and as with his earlier pieces there are few lines, in fact, just the four yellow lines arranged at the points of the canvas with no overlap seeming to be cut up abruptly at the edge of the painting. There was one problem with this; it contradicted every rule of art including the rules Mondrian himself had laid down about form and colour. Up until this point no one had dared to challenge the accepted view of “what art was” a view that had been laid down in the Italian Renaissance. This painting appears to celebrate that this is the end of traditional painting. 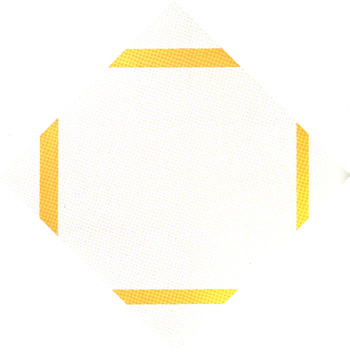